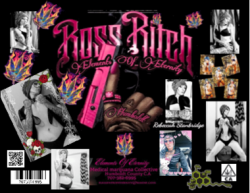 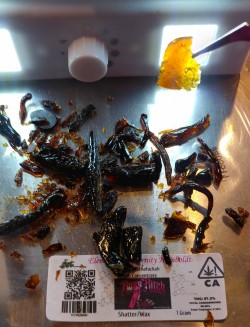 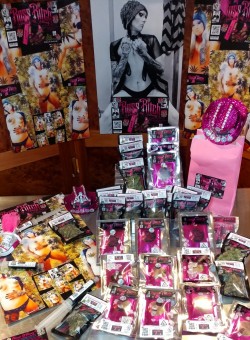 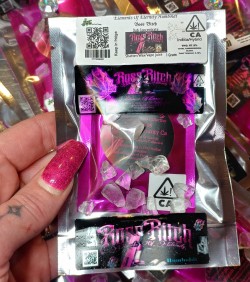 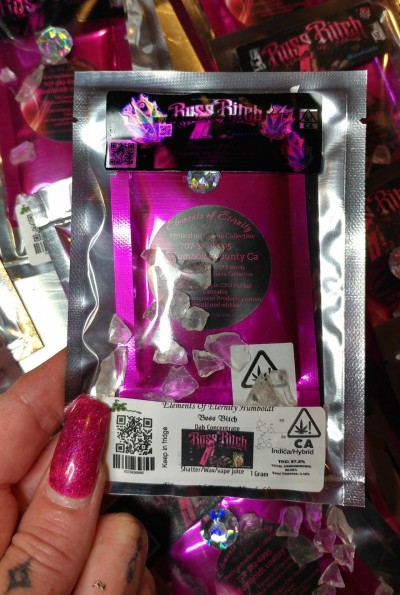 Sometimes when people hear the words “Medical Cannabis” most people tend to think of paper rolled joints, marijuana buds, and half baked smokers.

But what is getting more and more popular these days are different marijuana extracts.  These concentrated extracts such as oils, shatters, and waxes vary due to their consistencies and textures and these extracts can contain components such as cannabinoids such as Delta(9)-tetrahydrocannabinol(THC), Cannabinold(CBD), Cannabichromene(CBC) and so on; that are medically germane to treat patients with medical conditions such as: 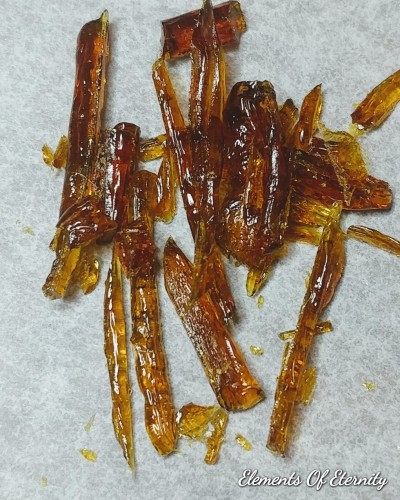 The extracts can have a similar makeup but the method of extracting the THC and their potency can vary.  For these reasons, extracts can be more beneficial for patients yielding up to 80% of the medicinal properties of marijuana.

is an all-embracing term used for marijuana plant extracts. As mentioned earlier, they come in different forms, consistencies and can be produced to create waxes, shatters, oils, dabs – to name a few.  But at the end of the day the main purpose is to take the main components from the marijuana plants which are namely the chemical compounds (Cannabinoids) like THC and CBD.

The marijuana plant contains hundreds of chemical compounds that are responsible for the flower psychotropic and medicinal qualities. More than 85 chemical compounds—cannabinoids – were detected in cannabis plant but the most commonly studied ones are THC and CBD.

All over the U.S.A  cannabis extracts can also vary in price ranging from $25 to $100 per gram depending on the quality, location, potency and consistency unlike regular marijuana which sells for about $5 to $15 per gram, here at Elements of Eternity Humboldt our Requested Donation for our cannabis concentrates is $30-$40 gram depending on the strain used...

It has been shown that THC can act to direct and/or help with appetite, pain control, inflammation reduction and mood stabilization and because of its properties; it has been approved in some countries as a treatment for multiple sclerosis and asthma. The CBD on the other hand has been shown to suppress seizures in patients, reduce body pain, enhance mood, and also reduce vomiting and nausea.

The chemical compound percentage, also known as potency can also vary depending on the cannabis plant which is affected by certain factors such as soil conditions, climates, temperature, and humidity for growing the plant. Plants that are grown outdoors usually have less potency compared to those grown indoors under a controlled process. The potency of the extracts is important as patients would have to use fewer products to get the required result needed. 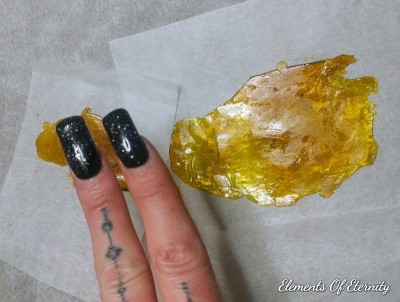 Shatter appears to be more brittle and clear and almost glass-like in appearance. It looks like a very thick honey with some degree of transparency and colour. However, when warmed up it has a consistency similar to a thick honey but when it is cold, its consistency changes to resemble that of a glass and as such, it got the name “shatter” because it looks like a thin piece of glass or ice that can be shattered

Among all cannabis concentrate, Shatter and cannabis oil are most similar, they are both made by butane though shatter is more refined and this makes it to be more potent than cannabis oils with about 90% THC extracted from the plant. Another advantage shatter has over other concentrates is that it can last longer and it’s more stable.

More so, the extraction process is more like that of wax but unlike wax, shatters are not “whipped”. Its extracts harden into a tiny cake which is then broken into smaller fragments. It can also be consumed by using a glass with a nail attachment where it is broken into a much smaller piece and placed on a heated pen like wax.

HOW SHATTER IS PRODUCED

Although these extracts vary in consistency, they usually undergo the same process when extracted. First, the marijuana buds are immersed into a solvent (usually propane, butane or carbon dioxide)in order to extract the entire chemical compound from the plant. After extraction, the solvent is later evaporated from the extracts and you are left with the cannabis resin. Other solvents that can be used for extraction are Isopropyl alcohol, ethanol, water/steam, hydro carbon. 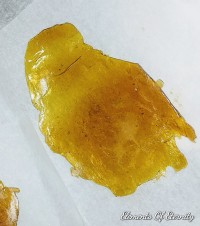 Merits of using Dab kits include:

Convenience: It is guaranteed so that you enjoy your concentrate with a Dab kit with ease and convenience because they are very easy to clean and the setup is faster compared to other medium of smoking.

Safety: As long as a dab kit is well designed it can be a safer option for smoking. While dabbing it includes heating the nail to certain temperature in order to vaporize the concentrate, please be careful when using the torch which can be quite powerful.

Size: Dab kits are usually smaller than glass bongs. This helps as a smaller dab kit can aid in creating a more potent and thicker product.

Please note that whether you decide to consume shatters, wax or oils, it is important to maintain caution and maintain safety measures The biggest advantage of dabbing is that the effect is much stronger in respect to smoking a joint or using a vaporizer. This makes dabbing very suitable for those suffering from acute and chronic pain and severe nausea because of its direct and very effective work. Achieving a similar effect by smoking a joint or vaporizer is unfeasible.
With the rising popularity of dabbing, the Albany University, State University of New York, recently performed a study on dabbing. This study has shown that dabbing is a healthy way of cannabis consumption. The data collected also showed that there is no evidence of more problems or accidents during dabbing compared to smoking cannabis buds.

The investigators have also considered whether dabbing may lead to a higher tolerance, and withdrawal symptoms. ”This isn’t surprising given the higher dose concentration with dabs,” Loflin explains.Explaining her interpretation of the study, Loflin had the following to say: “The results suggest dabs might lead more readily to a dependency-related syndrome than flower cannabis, but there’s no evidence that its use is interfering in people’s major domains of life more than what we see with the use of flower cannabis.” Unfortunately there are no results yet on the long term use of dabbing. 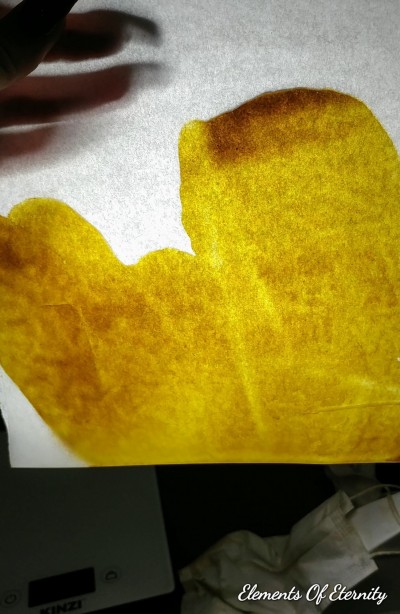 The media hype about shatter is riddled with inaccuracies, allow us to clarify.

They say just a dab’ll do ya, but it seems some are over doing it leading to a slew of headlines in the media warning about the dangers of marijuana extracts. Some reports tout concentrates as an “ALL NEW form of marijuana” that is “inducing psychosis”, and has people so amped to smoke it they are “blowing themselves up” in the process. The problem is all of this is either a gross exaggeration or completely incorrect, leaving the general public highly misinformed. Allow us to help clear some things up.

Myth #1
Shatter is an all new drug shattering the lives of families across the U.S.
Butane Hash Oils (BHO) also known as shatter, budder, and wax among a shit ton of other nicknames is a marijuana concentrate. It looks similar to honey and produces a much stronger high than traditional grass. Another popular nickname? Hash. As in hashish, which has been around for thousands of years. In other words, there’s nothing new about concentrates other than the nicknames and the various textures it is shaped in. “Wax” tends to refer to the sticky resin that ancient stoners discovered carried the more potent cannabinoids. In fact, Morgan Fox, of the Marijuana Policy Project compared the difference between shatter and traditional bud is similar to someone who prefers sipping on whiskey neat as opposed to a beer. “As long as people are educated about the proper dosage, it hasn’t presented any problem,” Fox said.

Myth #2
One hit will have you high for days.
Speaking of potency, a 2014 news report claims wax is so strong one hit will keep you high for days. (Hmm...Where can we get some of that?) All jokes aside, concentrates are indeed much more potent than the marijuana plant itself. Some BHO can contain up to 80%THC (the chemical in marijuana that causes a high). To put it in perspective, your run-of-the-mill cannabis ranges from 10-30% THC. And while the high potency of marijuana extracts is one reason law enforcement has issued warnings, marijuana advocates maintain no one has died from ingesting it.

Myth #3
Wax is the “crack” of the pot community
Because of its benefits to the ailing BHO is often called the future of cannabis. In terms of stigma, there is a faction of the pro-legalization movement that shies away from concentrates. It doesn’t help that smoking wax oftentimes involves a special rig and a blowtorch. Pro-pot advocates are concerned about tainting the image of the legalization movement, while supporters for the “Seeing teenagers wielding blowtorches or blowing themselves up on the evening news might incite a new anti-pot paranoia that could set the legalization movement back decades," one industry expert said.

Myth #4
Dabbing=Explosions
"We always have explosions. We always have severe burns. It's something that can wreck your body and your life forever," Michigan State Police said in an interview about the “Dangers of Dabbing”. You know those explosions you’ve been hearing about? That’s a bunch of yahoos trying to make their own wax. You see, one of the primary ways to extract marijuana concentrate from the bud includes using the flammable substance butane to strip out the THC. This isn’t something an amateur should try to DIY. According to pro-legalization supporters like Fox, the quickest way to protect the public from hash oil extraction fires is legalizing and regulating marijuana. So spread the word: even in states where pot is legal like Colorado, a person busted for making wax are subject to felony charges.

Myth #5
Concentrates are bad, even deadly.
There have been reports claiming the uptick of marijuana related overdoses in Washington state hospitals stems in part from the increase of availability of concentrates. While this could be true (more studies and analysis of data would be required) it's difficult to overlook the major benefits of fast acting concentrates. “Shatter and other concentrated cannabis products give a stronger, more immediate effect and have shown to have great benefits with a variety of medical conditions because of the quick-acting nature of inhalation or vaporization,” said Ry Prichard, a writer and photographer for the Denver Post’s “Cannabist” blog. In addition to reducing pain, other benefits of cannabis extract include its ability to reduce stress and anxiety, improve the quality of sleep, and boost appetite. 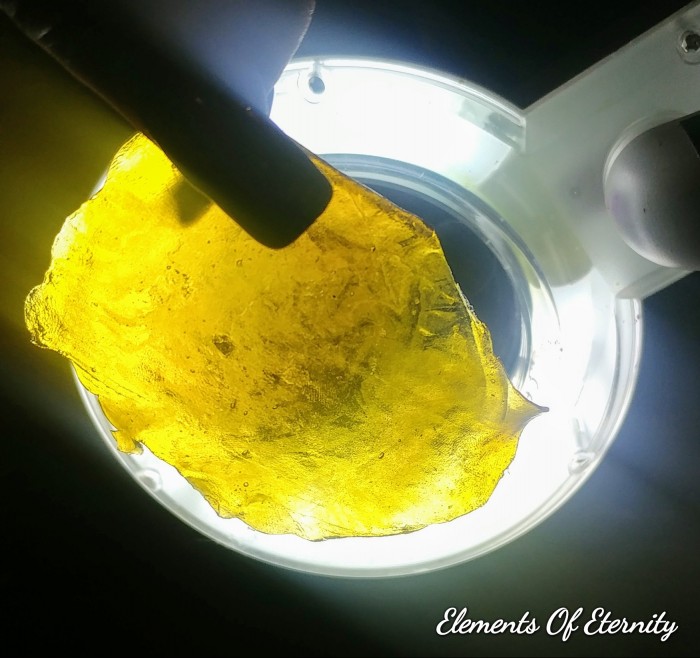