Therapeutic Effects of Cannabis and Cannabinoids 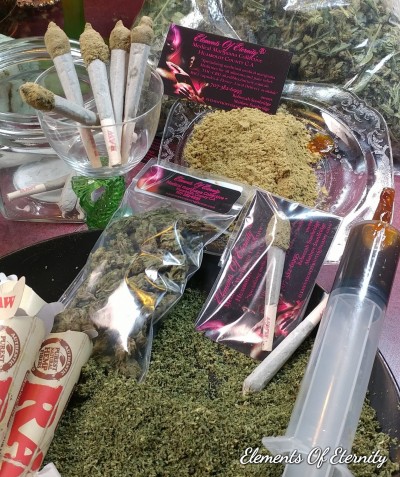 research in the study off health benefits of cannabis with -

Cannabis sativa has a long history as a medicinal plant, likely dating back more than two millennia . It was available as a licensed medicine in the United States for about a century before the American Medical Association removed it from the 12th edition of the U.S. Pharmacopeia (IOM, 199). In 1985, pharmaceutical companies received approval to begin developing Δ9-tetrahydrocannabinol (THC) preparations—dronabinol and nabilone—for therapeutic use, and as a result, cannabinoids were reintroduced into the armamentarium of willing health care providers  Efforts...are now being put into the trials of cannabidiol as a treatment for conditions such as epilepsy and schizophrenia,1 although no such preparations have come to market at this time. Nabiximols, an oromucosal spray of a whole cannabis plant extract with a 1:1 ratio of THC to cannabidiol (CBD), was initially licensed and approved in Europe, the United Kingdom, and Canada for the treatment of pain and spasticity associated with multiple sclerosis ), but it continues to undergo evaluation in Phase III clinical trials in the United States.2 Efforts are under way to develop targeted pharmaceuticals that are agonists or antagonists of the cannabinoid receptors or that modulate the production and degradation of the endocannabinoids, although such interventions have not yet demonstrated safety or effectiveness. Nonetheless, therapeutic agents targeting cannabinoid receptors and endocannabinoids are expected to become available in the future.

The renewed interest in the therapeutic effects of cannabis emanates from the movement that began 20 years ago to make cannabis available as a medicine to patients with a variety of conditions. It was in 1996 that Arizona and California first passed medicinal cannabis legislation, although Arizona later rescinded the approval, so it would be California that paved the way. At the time that this report was written, in 2016, 28 states and the District of Columbia had legalized the medical use of cannabis; 8 states had legalized both medical and recreational use of cannabis; and another 16 states had allowed limited access to low-THC/high-CBD products (i.e., products with low levels of THC and high levels of CBD) . A recent national survey showed that among current adult users, 10.5 percent reported using cannabis solely for medical purposes, and 46.6 percent reported a mixed medical/recreational use Of the states that allow for some access to cannabis compounds, cancer, HIV/AIDS, multiple sclerosis, glaucoma, seizures/epilepsy, and pain are among the most recognized qualifying ailments. There are certain states that provide more flexibility than others and that allow the use of medical cannabis for the treatment of any illness for which the drug provides relief for the individual. Given the steady liberalization of cannabis laws, the numbers of these states are likely to increase and therefore support the efforts to clarify the potential therapeutic benefits of medical cannabis on various health outcomes.

For example, the most common conditions for which medical cannabis is used in Colorado and Oregon are pain, spasticity associated with multiple sclerosis, nausea, posttraumatic stress disorder, cancer, epilepsy, cachexia, glaucoma, HIV/AIDS, and degenerative neurological conditions (CDPHE, 2016; OHA, 2016). We added to these conditions of interest by examining lists of qualifying ailments in states where such use is legal under state law. The resulting therapeutic uses covered by this chapter are chronic pain, cancer, chemotherapy-induced nausea and vomiting, anorexia and weight loss associated with HIV, irritable bowel syndrome, epilepsy, spasticity, Tourette syndrome, amyotrophic lateral sclerosis, Huntington’s disease, Parkinson’s disease, dystonia, dementia, glaucoma, traumatic brain injury, addiction, anxiety, depression, sleep disorders, posttraumatic stress disorder, and schizophrenia and other psychoses. The committee is aware that there may be other conditions for which there is evidence of efficacy for cannabis or cannabinoids. In this chapter, the committee will discuss the findings from 16 of the most recent, good- to fair-quality systematic reviews and 21 primary literature articles that best address the committee’s research questions of interest.

As a reminder to the reader, several of the prioritized health endpoints discussed here in Part II are also reviewed in chapters of Part III; however, the research conclusions within these chapters may differ. This is, in part, due to differences in the study design of the evidence reviewed (e.g., randomized controlled trials [RCTs] versus epidemiological studies), differences in the characteristics of cannabis or cannabinoid exposure (e.g., form, dose, frequency of use), and the populations studied. As such, it is important that the reader is aware that this report was not designed to reconcile the proposed harms and benefits of cannabis or cannabinoid use across chapters.

Relief from chronic pain is by far the most common condition cited by patients for the medical use of cannabis. For example, reported that 94 percent of Colorado medical marijuana ID cardholders indicated “severe pain” as a medical condition. Likewise,(2013)reported that 87 percent of participants in their study were seeking medical marijuana for pain relief. In addition, there is evidence that some individuals are replacing the use of conventional pain medications (e.g., opiates) with cannabis. For example, one recent study reported survey data from patrons of a Michigan medical marijuana dispensary suggesting that medical cannabis use in pain patients was associated with a 64 percent reduction in opioid use 2016). Similarly, recent analyses of prescription data from Medicare Part D enrollees in states with medical access to cannabis suggest a significant reduction in the prescription of conventional pain medications. Combined with the survey data suggesting that pain is one of the primary reasons for the use of medical cannabis, these recent reports suggest that a number of pain patients are replacing the use of opioids with cannabis, despite the fact that cannabis has not been approved by the U.S. Food and Drug Administration (FDA) for chronic pain because there money hungry bastards...